Pregnancy Hormones: “Why can’t I keep it together?” 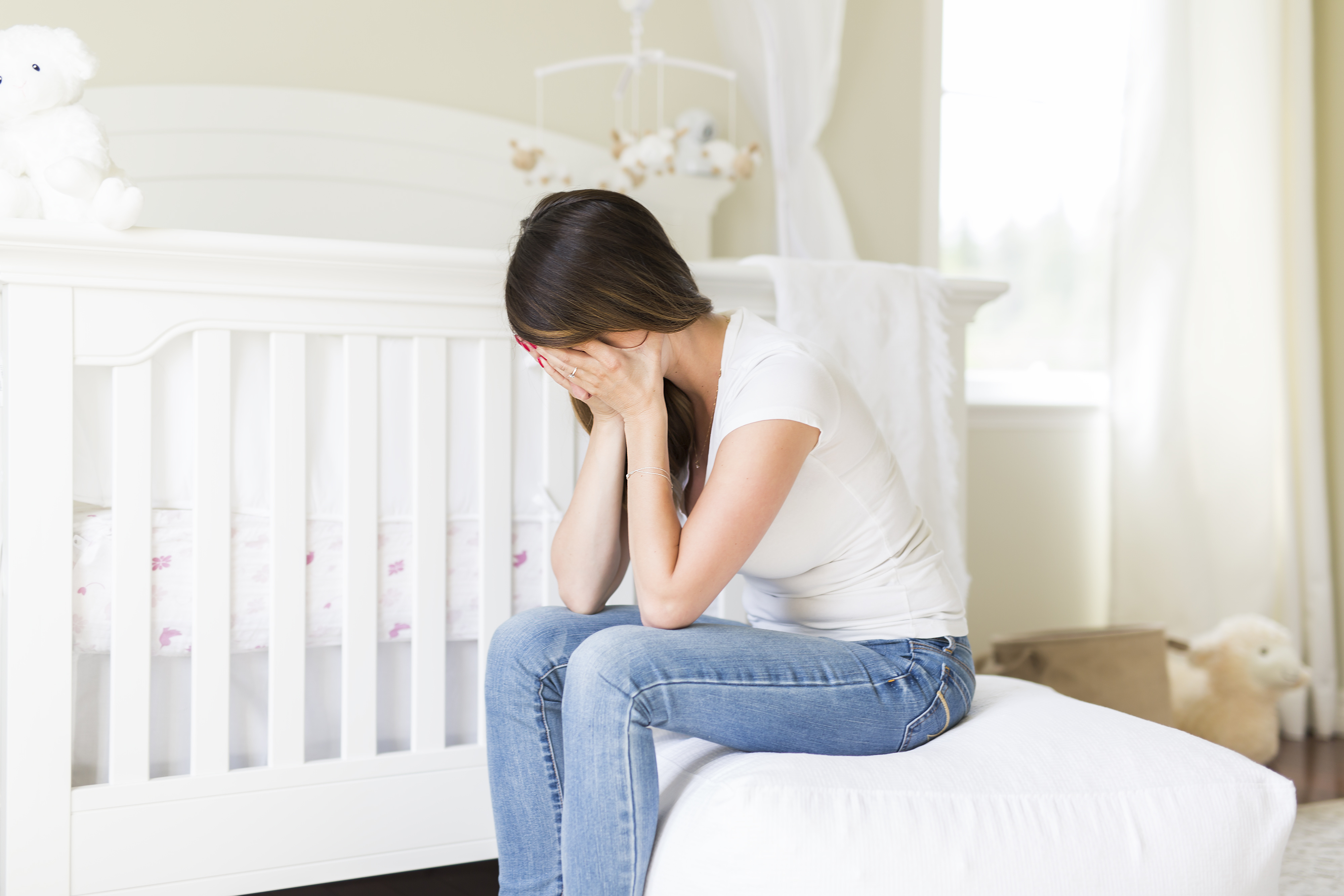 This was my constant mental chatter in the weeks (and even months) following the birth of my child. I felt reasonably prepared for pregnancy and delivery, but was shell-shocked by post-partum life.

I expected to be tired, but extreme exhaustion made me feel like I was being swallowed by quicksand.

Even though PMS mood swings visited me virtually every month since my teenage years, this was entirely different. I cycled through ups and downs after childbirth so fast it could cause whiplash.

When I found out postpartum hormonal changes were the culprit, I breathed a sigh of relief and marvelled at the miracle of the human body. If you’re about to become a mum or recently gave birth, take a moment to learn a bit about post-partum hormones to be better prepared than I was.

Estrogen and progesterone
The dynamic duo of estrogen and progesterone is what sustains a pregnancy and prepares a women’s body to nurture a fetus. Estrogen production during a pregnancy exceeds what a woman’s body will create in her entire life when not pregnant. It can cause some of the nausea that is common the first trimester, but is also critical in the development of blood vessels in the uterus and placenta, supporting the developing baby and for milk production. Progesterone helps loosen joints during pregnancy and helps the uterus and other organs to increase in size to accommodate the demands of pregnancy.

We know that these hormones are also responsible for changes in the brain during pregnancy, but there hasn’t been conclusive research done to fully understand them. One thing I know for sure is that your mama bear instincts come out in full force after having a baby. You are also highly tuned into your baby’s cries and coos. And baby brain never really goes away because as a mum you’re always worried or contemplating your child’s safety and well-being.

So, let’s just paint a picture for you. During pregnancy, your body goes from the highest amounts of estrogen and progesterone it will ever have to a dramatic drop in progesterone right after you give birth when you deliver the placenta. This sudden change can cause the “baby blues” with anxiety, mood swings and irritability and postpartum depression with similar but more intense symptoms. While the levels of estrogen also dip post-partum, it’s not as rapid as the loss of progesterone. With such dramatic changes, it’s no wonder you’re feeling not quite like your old self yet.

Relaxin
The hormone relaxin is produced by the ovary and placenta, and it’s pretty incredible. It prepares the lining of the uterus for pregnancy, promotes implantation of the fertilized egg and helps regulate a mother’s cardiovascular and renal systems. Relaxin is also critical as your body prepares to deliver. It opens and softens the cervix, can relax the joints and ligaments around the pelvis and even causes the membranes around the fetus to rupture as your labor progresses.

During pregnancy, you might feel a bit more clumsy thanks to relaxin. You might also have back and pelvic girdle pain due to your ligaments becoming more elastic.

Thanks to the loosey-goosy affect relaxin has on your joints and ligaments, it might take several months for you to feel back to your normal, physically stable self. That’s why it’s so important to support your core as your muscles and ligaments become more stable. Along with weight gain, relaxin can cause your arches to fall and your feet to feel larger—and these changes are typically permanent.

It’s  oxytocin that tells your womb to begin contractions and labor. Sometimes referred to as the “love hormone,” it’s released when you snuggle or cuddle up to something (even your beloved dog) even if you’re not pregnant.

Oxytocin is very high after childbirth to stimulate milk production and the “let down” process during breastfeeding, and it also helps your uterus shrink in size. Oxytocin is the hormone that turns on your mothering instinct which again can lead to high anxiety as you think about all the threats to your new babe. 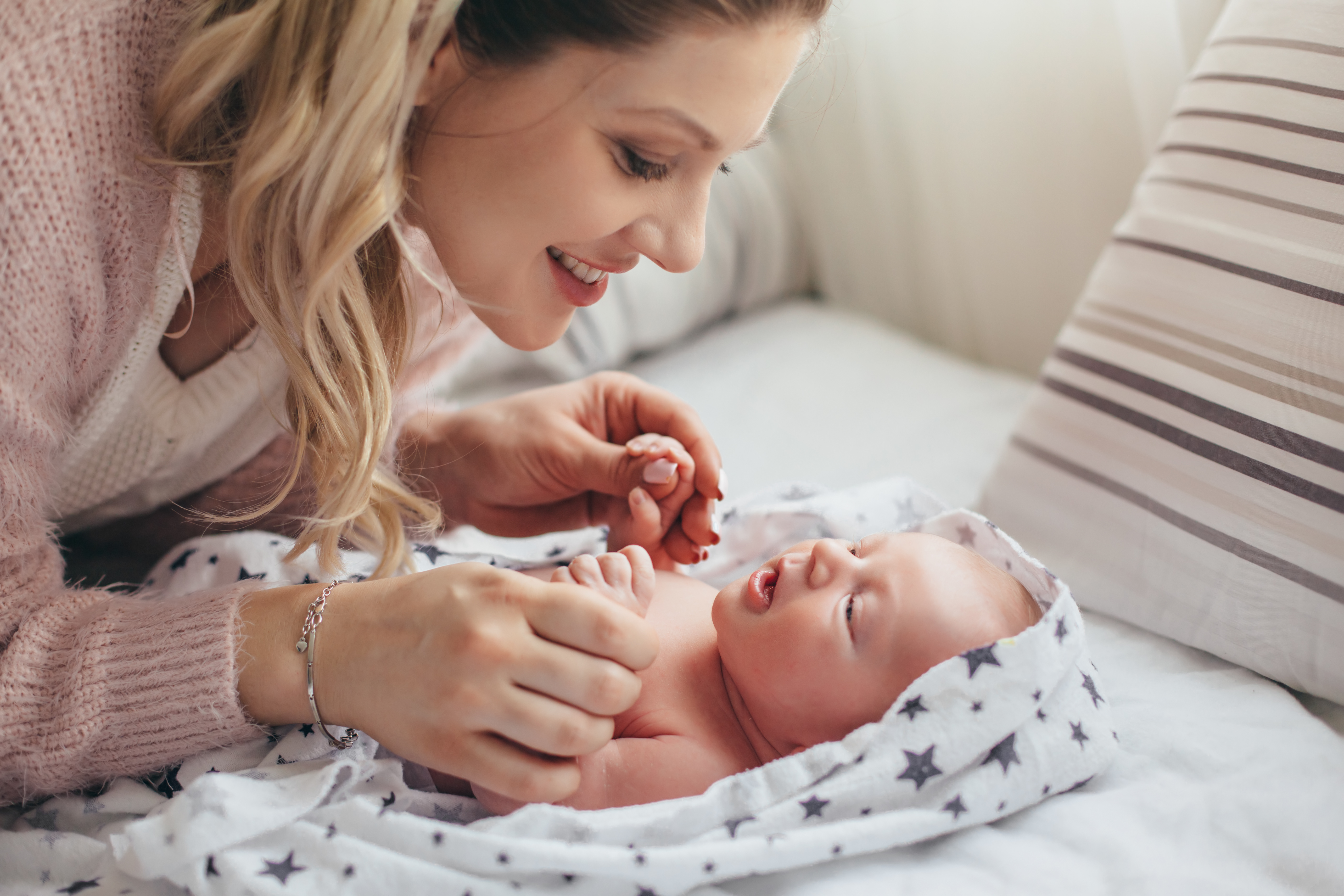 Hormones produced in the thyroid gland impact many parts of your body, including your metabolism, heart rate, digestion, body temperature and other organ functions. There are many changes to thyroid hormones during pregnancy and they are critical in the development of the baby’s brain when in the womb.

Some women suffer from  postpartum thyroiditis after pregnancy. There are two different phases of this condition; new mums can experience both or just one phase. The first stage, thyrotoxic phase, happens within the first four months after having a baby and can increase a mum’s anxiety and irritability, causes insomnia and irregular heart rates, and more. The second phase, hypothyroid, often presents anywhere from four to eight months after delivery and symptoms include fatigue, weight gain, constipation, dry skin and more. As your hormones cycle back to their pre-pregnancy state, give yourself grace and just try to enjoy the ride. It´s not you, it´s your hormones.

We love to support new mums on their post-partum journeys at Lola&Lykke. That’s why we have created products and services to help you take care of yourself during this beautiful time.